Gurugram: The Delhi-Mumbai Expressway Will Be Finished By March 2023 The 160 kilometres of the highway that pass through Haryana are projected to be finished by March 2022, according to Gadkari, the Union Minister for Road Transport and Highways.

Nitin Gadkari, a Union minister, announced on Thursday that the Delhi-Mumbai Expressway, which is being built for an estimated $95,000 crore, will be finished by March 2023 and that the majority of the work has already been assigned to contractors.

He made the announcement after reviewing the progress of the ongoing project work at Lohtaki village in Gurugram. The 160 kilometres of the highway that pass through Haryana are anticipated to be finished by March 2022, according to Gadkari, the Union Minister for Road Transport and Highways.

When The Highway Is Expected To Be Completed

Gadkari announced that the 1,380-kilometer Delhi-Mumbai Expressway would be the longest in the nation starts from Gurgaon. He stated that the expressway will be completed by March 2023 and that portions of the roads connecting Delhi with Dausa, Rajasthan, and Vadodara with Ankleswar would be constructed by March 2022.

Manohar Lal Khattar, the chief minister of Haryana, Rao Inderjit Singh, a member of the Lok Sabha from Gurugram, and other top state, district, and National Highways Authority of India (NHAI) officials were also in attendance.

The Specifications Of Delhi-Mumbai Expressway

This expressway is currently being built as an eight-lane, access-controlled, greenfield expressway, but it has the potential to grow to 12 lanes in the future by adding four additional lanes. On this expressway, a median with a 21-meter width is being constructed; however, this width may be decreased for road widening.

Every 25 kilometres, there will be a heliport for air ambulances and wayside facilities including hotels, dorms, clinics, food courts, gas stations, and commercial buildings like warehouses and logistics parks.

The highway would go through the districts of Gurugram, Palwal, and Nuh in Haryana. 11 villages in the Gurugram district, 7 villages in Palwal, and 47 villages in Mewat will be traversed by the expressway. The anticipated cost of the state’s part is $10,400 crore.

The Rs 98,000 crore Delhi Mumbai expressway, which is being built, would travel across five states: Haryana, Rajasthan, Madhya Pradesh, Gujarat, and Maharashtra.

The expressway will start in Gurgaon and travel through the states of Gujarat, Jaipur, and Sawai Madhopur before ending at Ratlam, Madhya Pradesh.

The greenfield expressway will assist in reducing the distance between Delhi and Mumbai from 727 to 572 kilometres.

Route Of The Delhi–Mumbai Expressway In Haryana

Starting from Bhirawati village, Sohna, Gurugram the expressway will begin at NH919 there. In Haryana, it will travel concurrently with the Delhi-Alwar line before leaving the state at Kolgaon village, Ferozpur Jhirka. 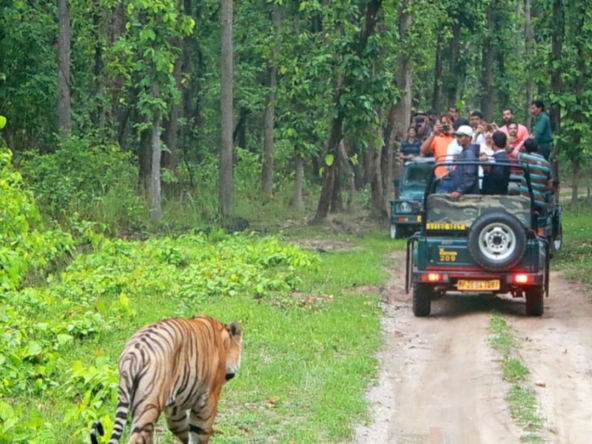